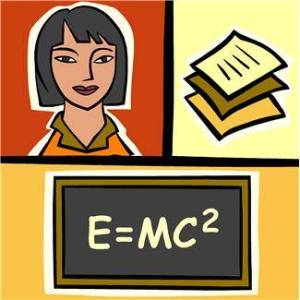 The last time I had instruction in either science or social studies was over twenty years ago, but I still have memories of a few specific assignments.  The most vivid memory I have of a difficult science assignment occurred in seventh grade.

My family was new to Faribault, a thriving small town in central Minnesota. I was shy and uncomfortable in my new school.  It had become painfully obvious that I would no longer be considered the most academically advanced student in 7th grade as I had been  in the poor, rural South Carolina school I attended during 6th grade.  I was thoroughly confused in science class as I had minimal science instruction in my previous school.  While attending a very high-achieving suburban school district near Milwaukee, Wisconsin prior to 6th grade, I had lab-oriented science classes, but without practice a year is a long time.

Our assignment was to work with a partner to build a tiny, working, battery-operated car.  I was overjoyed when a friendly and popular girl named Lynette selected me to be her science partner. Our only guide was written directions on a sheet of paper, no illustrations.   Lynette was talkative and took charge of the assignment.  I was quite pleased as I recall feeling lost after having read the assignment.

After a few failed attempts, I came to the realization that my partner was as clueless as I was about how to successfully complete the assignment.  Group after group had their cars flying around the room on their first or second attempt; we had yet to even produce a working battery.

I do not recall how much background information we had on the topics of electricity, motion, or force.  I suspect we read related material in our textbook.  If we had, I either did not comprehend what I read (typical of me and science text), or  I failed to retain the information most likely due to lack of necessary prior knowledge, unfamiliar vocabulary, or lack of interest.

What my teachers failed to do

I recall the 7th grade science textbook and other science books seemed almost like a foreign language to me.   I found them boring and was frequently unfamiliar with key vocabulary.  My science teacher, and several other future science teachers, failed to determine if I had the background knowledge necessary to complete the task. This could easily have been accomplished through a quick writing to learn activity (Fisher & Frey, 2011).  An admit slip or Yesterday’s News activity to find out what students deemed important in the previous day’s lesson would have served this purpose.  An exit slip on the previous day would have served the purpose as well.

To this day I remember looking at the same set of directions over and over, never comprehending. Key vocabulary instruction prior to the lesson would have been an appropriate comprehension strategy.  No other supplemental information was provided for us.  There was no guidance from the teacher other than to read the directions again.   When we read the directions three times (or more) and still could not build a battery, alternative or supplemental material would have been appropriate for my partner and  me.  This material could have come in the form of a children’s picture book, film strip (yes, film strip) demonstrating battery building, diagrams,  picture of a completed battery or modeling correct battery building procedures.

Success despite the teacher

Finally we did get the battery to work, thanks to Lynette getting two male classmates to fix the mess we made.  I followed Lynette’s lead and found our role in the process was to “ooh” and “ah” over their intelligence. I believe that Lynette and I did connect the battery to our car by ourselves and received a passing grade.

This experience helped mold my schemata for science over the next two to three years, and even beyond.  I had the same science teacher for two years and kept Lynette as my constant partner.  I continued to find the textbook boring and irrelevant to my life and frequently felt lost and bored in science.  Without supplemental materials to help me understand, I continued to lack appropriate prerequisite skills and vocabulary necessary to complete tasks.  Science continued to be my low grade throughout middle school, which I believe could have been prevented.   Instead, I successfully continued my preferred science strategy, getting male classmates to do the work.

Thankfully, this strategy was not generalized to other curriculum and became a less preferred strategy when I had a different science teacher in 9th grade. 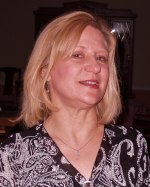 This is a guest post by Robin McCraw, an Occupational Course of Study teacher with Randolph County Schools in North Carolina. This article first appeared on EDU 2.0 as Robin worked on her Master’s in Language and Literacy. The assignment was to describe an experience in school (science, social studies, etc.) when she struggled to understand the reading or writing assignments, and what her teacher could have done to support her in learning the content.

By the way, she had some very good teachers too. And she went on to become an awesome teacher herself.

Have you been successful in spite of a teacher?